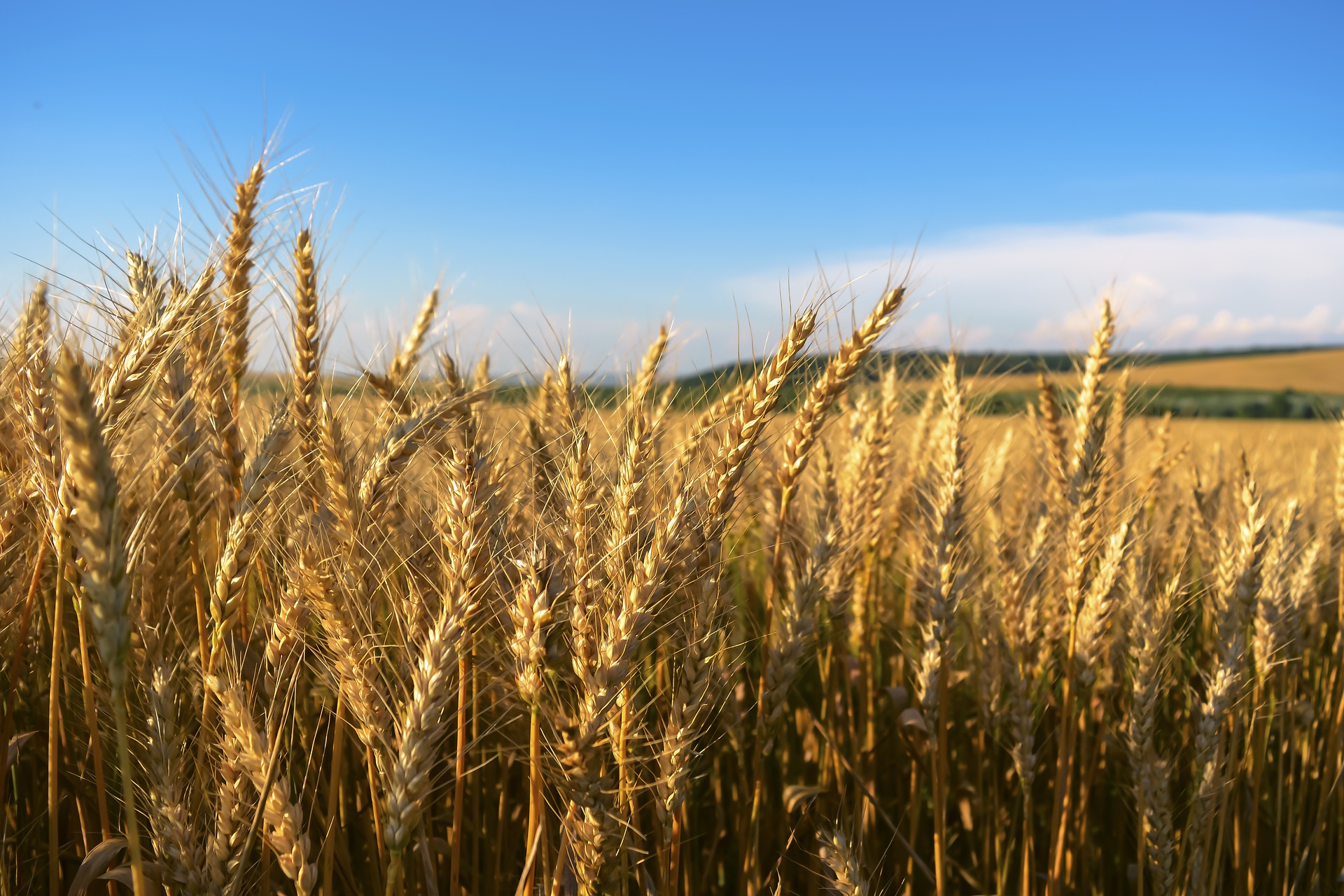 Matthew 28:18-20 – And Jesus came and spake unto them, saying, All power is given unto me in heaven and in earth. Go ye therefore, and teach all nations, baptizing them in the name of the Father, and of the Son, and of the Holy Ghost: Teaching them to observe all things whatsoever I have commanded you: and, lo, I am with you alway, even unto the end of the world. Amen.

Jesus commissioned His Apostles at the end of his earthly ministry to carry on His work until He comes back. This commission not only applied to His disciples it applies to all of us today as well. We are all commanded and expected to fulfill this Great Commission. A key fundamental doctrine is that of fulfilling the Great Commission with zeal and fervency. We can see where that key fundamental doctrine of strong aggressive evangelism came from, where the DNA of that fundamental characteristic originated; and that was from Christ Himself and the example that was set by the Apostles.

The Apostles after the close of the Gospel and New Testament records of their life, did not then live happily ever after. The Christian Church was in its infancy and was heavily and severely persecuted during the first few centuries after the death of Christ.

John the Baptist was the first in a long line of martyrs over the centuries for Christ. Those whose only crime was being a Christian who were then put to death because of that belief. These martyrs gave their whole life over to Christ, they laid their all on the alter for Him. Following their Savior, in sometimes rapid succession, many other martyred heroes died. The next one to mention is Stephen. He was one of the first Deacons. He was also a preacher of the Gospel of Christ. His death is recorded for us in Acts chapters 7 & 8. His death is important to mention because a future Apostle was there at the stoning of Stephen consenting to the death of Stephen. (Acts 7:54-8:1 – When they heard these things, they were cut to the heart, and they gnashed on him with their teeth. But he, being full of the Holy Ghost, looked up stedfastly into heaven, and saw the glory of God, and Jesus standing on the right hand of God, And said, Behold, I see the heavens opened, and the Son of man standing on the right hand of God. Then they cried out with a loud voice, and stopped their ears, and ran upon him with one accord, And cast him out of the city, and stoned him: and the witnesses laid down their clothes at a young man’s feet, whose name was Saul. And they stoned Stephen, calling upon God, and saying, Lord Jesus, receive my spirit. And he kneeled down, and cried with a loud voice, Lord, lay not this sin to their charge. And when he had said this, he fell asleep. And Saul was consenting unto his death. And at that time there was a great persecution against the church which was at Jerusalem; and they were all scattered abroad throughout the regions of Judaea and Samaria, except the apostles.)

Let’s look at the Apostles and how they sacrificed all for Christ, how they lived out the words of Paul in Philippians 1:21 – “For to me to live is Christ, and to die is gain”. The following accounts of their deaths are either by historical records or by tradition handed down. One was slain in Ethiopia, one was dragged through the streets until he died, one was hanged, two were crucified, one upside down, one was flayed alive, one was pierced with lances until he died, one was thrown from the temple and beaten until he was dead, one was shot to death with arrows, one was stoned to death, and one was beheaded.[1]

This kind of hard persecution of the Church of Christ continued on for two more centuries and yet the Christian faith spread in that time to the whole known world. It went into all of the Roman Empire, Europe, Asia, Africa, England, and about everywhere else in the world at that time. The church was greatly persecuted, but the church was greatly flourishing in spite of the persecution.

JESUS AND THE TWELVE

(Mark 3:14 – And he ordained twelve, that they should be with him, and that he might send them forth to preach,) – Jesus called twelve men to be His disciples. He prayed before He called them. After He called them, He ordained them for His work. They did not choose Jesus; He specifically chose them for the work He had for them to do. (John 15:16 – Ye have not chosen me, but I have chosen you, and ordained you, that ye should go and bring forth fruit, and that your fruit should remain: that whatsoever ye shall ask of the Father in my name, he may give it you.) Men are still called by Him into ministry today. We need to have open ears and be listening for that call of God on our life, and if called we need to have pre-determined to submit to what we are called to do.

Jesus called his disciples into the ministry, but they generally were not what we would consider ministry ready. They were not polished, not great orators, did not possess a lot of natural ability to do what they were called to do. But they had one thing going for them; they were called into the ministry by Jesus Christ. If He if calls you, He will equip you with what you need to succeed.  Not everyone is called to preach, but everyone is called to minister for Christ in some way. God delights in using those people for his ministry which would be the last ones chosen by men for the position. This ensures God gets the glory and not the man, because it is obvious that man could not and is not dong it though his own abilities. (I Corinthians 1:26 – For ye see your calling, brethren, how that not many wise men after the flesh, not many mighty, not many noble, are called)

Everyone was not called to be an Apostle. It is generally accepted that an apostle was one who had to have been an eyewitness to the person of Christ.[2]

The twelve were instructed by Christ on how to fulfill their call. If you are a Christian, you have a call to ministry in your life. You need to follow the example of the disciples in that they received instruction willingly. They knew they needed to be taught and willingly submitted to the teaching of God’s word, so they would be equipped to better serve Him with their lives. (Matthew 5:1-2 – And seeing the multitudes, he went up into a mountain: and when he was set, his disciples came unto him: And he opened his mouth, and taught them, saying, & Proverbs 19:20 – Hear counsel, and receive instruction, that thou mayest be wise in thy latter end.)

The twelve were empowered to perform their ministry for Christ. (Matthew 10:1 – And when he had called unto him his twelve disciples, he gave them power against unclean spirits, to cast them out, and to heal all manner of sickness and all manner of disease.) The Apostles were given the power they needed to fulfill the ministry they were called, instructed and trained to do. The Lord still does this today. He will give you what you need inside you to do what He has called you to do. Men today still need to seek instruction in their call and to submit to training to equip them to do their call.

The Twelve were not well known. They were not the standouts; they were not the most popular people. They were your average everyday person like most of us are. History tells us that 11 out of the 12 of the disciples were from Galilee. The region of Galilee was generally considered less sophisticated, less educated, and less mannerly, and they apparently had an easily recognizable accent or manner of speech that would stand them out in a crowd as being from Galilee. The little girl at the trial of Jesus knew Peter was from Galilee by his speech. (Mark 14:70 – And he denied it again. And a little after, they that stood by said again to Peter, Surely thou art one of them: for thou art a Galilaean, and thy speech agreeth thereto.)

The Apostles were ordinary men like you and me. They were called by Jesus into His service in the ministry. All but one lived their life for Him and His service. It is because of their zeal and willingness to give all for Christ and His work that you and I are here today to learn of Christ and have the opportunity to be saved. They helped found the Christian church. They proclaimed the Word of God with boldness and without compromise, we should do no less (Acts 4: 31 – And when they had prayed, the place was shaken where they were assembled together; and they were all filled with the Holy Ghost, and they spake the word of God with boldness.)

← Anchoring Our Reactions in the Lord
The Apostle Paul →